The Kitty with No Name 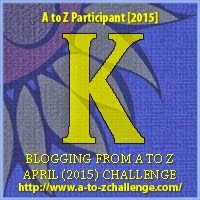 I have a new friend!  Well, we've known about him for about three months, but he's relatively new as a regular.  He's not telling us his name yet, though.  He's a young boykit, definitely a "teenager" or very young adult.  Daddy says the boykit's probably between 10 months and a year old.  He's not fixed, so we've all been trying to get him to come eat on a regular schedule so that he'll go have surgery like the other boys did.  He'll probably even get an eartip like Sherbet and I have!

So far, he's been coming every evening between 6:30 and 7 pm, and sometimes throughout the day when I run into him while I'm hunting and bring him by.  The first time I brought him by in the evening, I came up first then talked to Daddy when he opened the door.  I told him that he'd better put food out even though I was coming inside to eat, then I went in and out a few times.  Daddy listened and did what I asked, then the boykit came up to eat after Daddy closed the door.

He doesn't come when called yet, but he will stop what he's doing and come toward the door when our purrents call, "Kitty!"  At least he knows something to be called at this point!  I've been trying to show him that it's ok to come inside, but he's not ready for that yet.  He'll eat even when the door's cracked open a bit, and even when one of the inside kitties pokes their nose out to sniff.  He hasn't touched noses with anyone else from inside yet, and hisses at our purrents if they put their hands out.

He's making a lot of progress, though!  Here's a picture that Daddy took of him.

Email ThisBlogThis!Share to TwitterShare to FacebookShare to Pinterest
Labels: blogging from a to z challenge, feral, feral kitten, k, outside, Tigress

We'll keep out paws crossed that he continues to come closer and closer!

He's a cutie! I'm glad you are helping him, Tigress.

He looks a sweet boy and reminds Mum of our Lucy.
Luv Hannah and Lucy xx xx

WHat a cute little kitty! And I applaud you for taking care of him. I'm constantly taking in strays.

Good luck with the 2015 A to Z Challenge!
A to Z Co-Host S. L. Hennessy
http://pensuasion.blogspot.com

So handsome he is and he will be even more so without those boy bits! Our paws are crossed as well that you will gain his trust long enough to get him fixed. Kitten season has started!

It'll be a great day when he does come in!

Hello from another Hubber!

He he, closer and closer, he'll come in one day... Purrs

It makes our mom bean sad to see kitties in limbo. We is glad you and your beans are taking care of him and we hope he stays safe.