Remembering Skylar & Lydia on their birthday 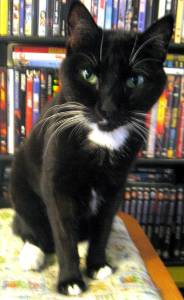 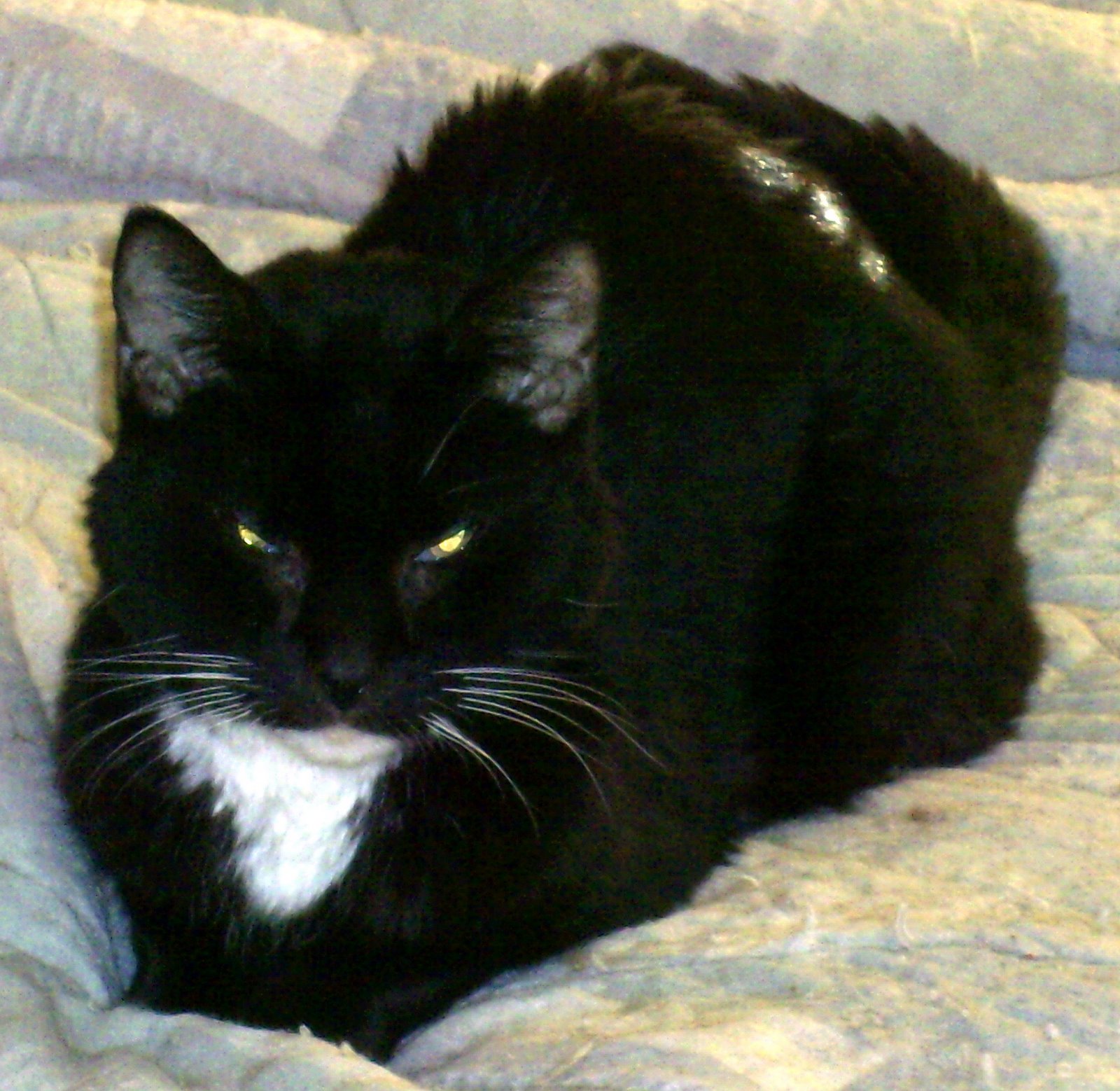 Forever in our Hearts

Skylar and Lydia came into our lives in the summer of 2005, even before Tabby and Carbon did.  Skylar actually came into Mommy's life two years before that, while she was gardening.  He wandered over and started eating a cherry tomato that was on the ground!  Mommy laughed and called him over, petted him, and found out his name from his collar tag.  He lived with the Rich family, who had just moved in across the street from Mommy.  For a while after that, Skylar would garden with Mommy and walk her to and from the bus stop, greeting her as she came home from work as well.  She met the Rich family and became a kid-sitter for their daughter.  She also met Lydia, Skylar's littermate sister, who at that time was much shyer around people than Skylar was.

When their family had to move across the country and leave the kitties behind, it was decided with a lot of tearful farewells to have Mommy adopt Skylar and Lydia because, as Mrs. Rich said, "Skylar has already adopted you."  It was totally true!  Later on, Lydia adopted Daddy as her person and Skylar adopted a second person, Mommy Erin.  Lydia became the Big Kitty (alpha cat) of the household, and reigned supreme until her death, at which point she appointed Rori as the next Big Kitty.  Skylar was everyone's favorite uncle, teaching the kittens, playing tails, wrestling, and generally enjoying life.  Even as he aged and got sick, he still loved begging for food with his Siamese yowl and playing with straw wrappers and strings.
Posted by PDX pride at 1:42 PM 7 comments:

Wordy Wednesday: What have we been up to? 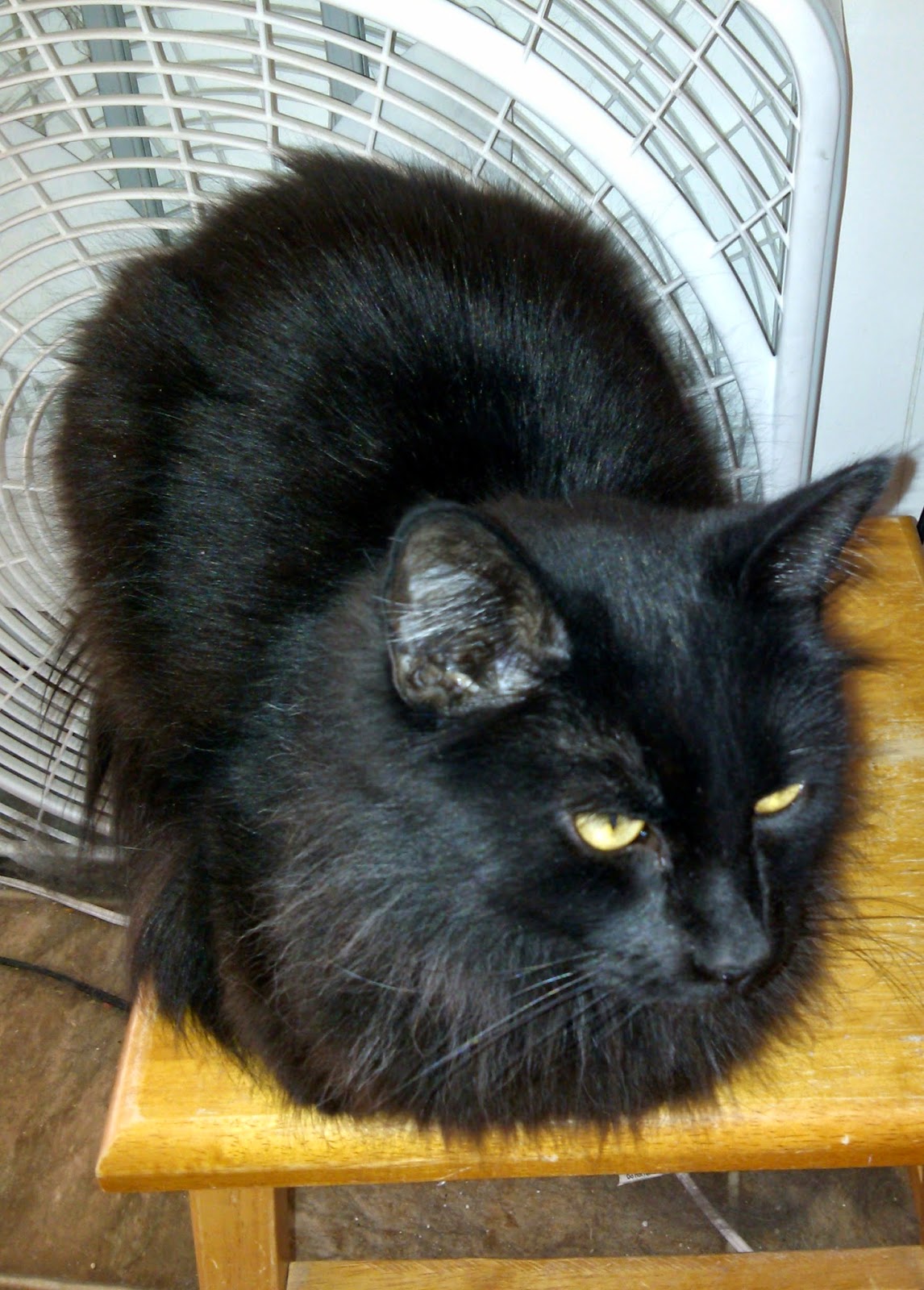 Your furry investigative repurrter Carbon here, with the news about the household.  First of all, there has been an unexpected lull in our repurrting.  Please pardon the interruption of the news.  It couldn't have come at a worse time, when Auntie Lydia's Bridge Day Annifursary and National Feral Cat Day were upon us!  However, our paws just aren't the best for typing on the human keyboards, and our typist was out of commission.

She's ok, though, and we put her back to work pronto!  I watched out the window for any strange goings-on, like big dogs or sewer-sucky machines while she slept on the couch for a few days straight.  Doctors Tabby and Heimdall revved their purr motors up and alternated sleeping on the couch back or behind her knees.  Nurse Dare and Aide Autumn put their purring skills and super snuggling skills to good use on her legs.  All of us made sure to supervise her walking around the house and we all were extra-good to not get underfoot.

Daddy took good care of us while Mommy was resting and recuperating.  Daddy still will need to be the one in charge of us (and our food, water, and boxes) for about 6 weeks, because Mommy had gall bladder surgery.  Mommy showed us the owies so that we would know what to avoid.  Daddy made sure to tell us exactly how he expected us to behave.  We mostly followed his expectations so far, with some kitten antics and some hairballs, but that's to be expected as well.  Mommy will sleep on the couch for at least another week, maybe longer, which is just fine with us.  More room to snuggle!