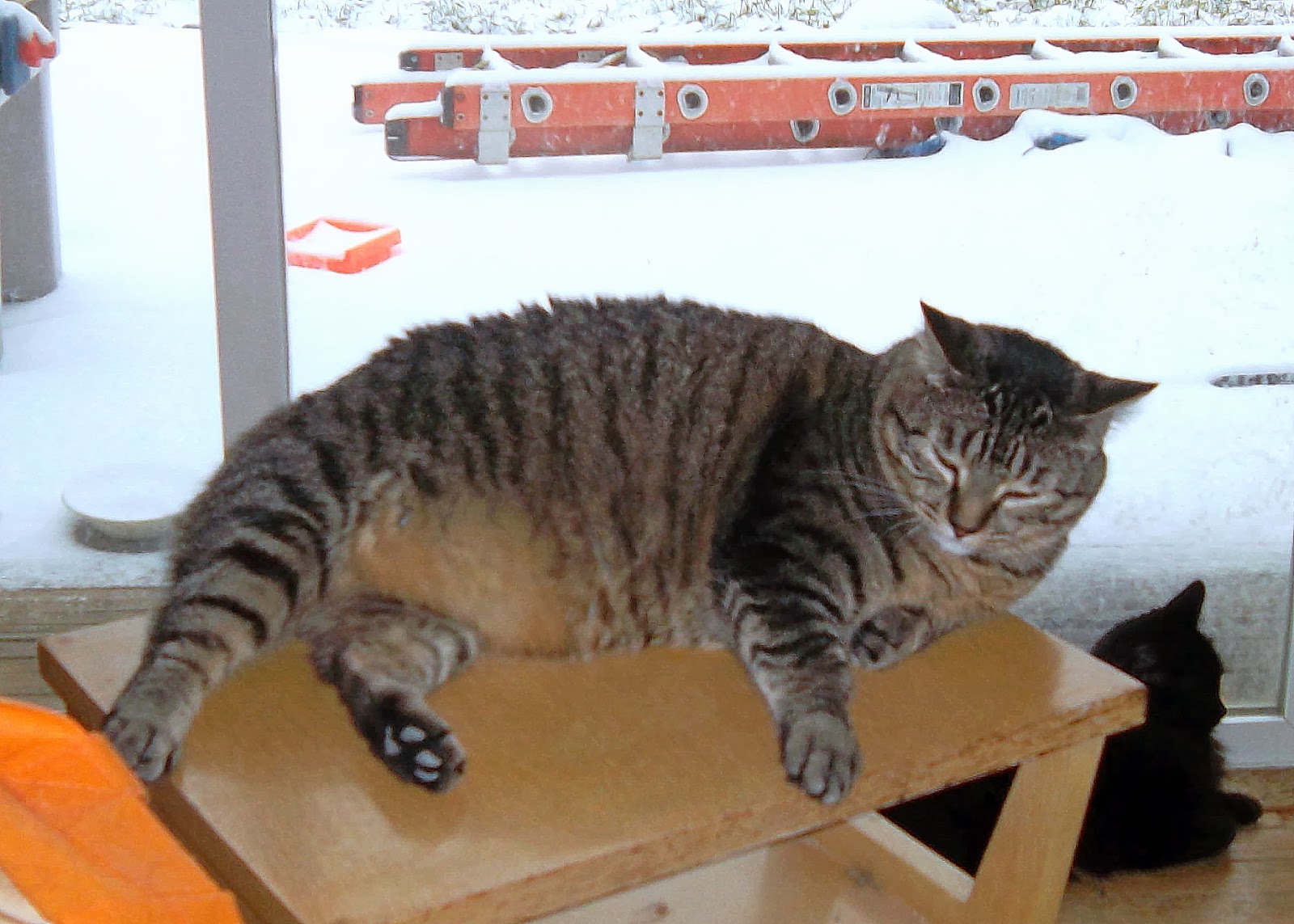 See how much snow we've gotten?  It all has fallen within the last 16 hours, at the time of purring this repurrt.  We were supposed to get about 5 inches yesterday, but I think we got more than that!  I'm happy that my clowder stays inside and Tigress joins us on days like this. 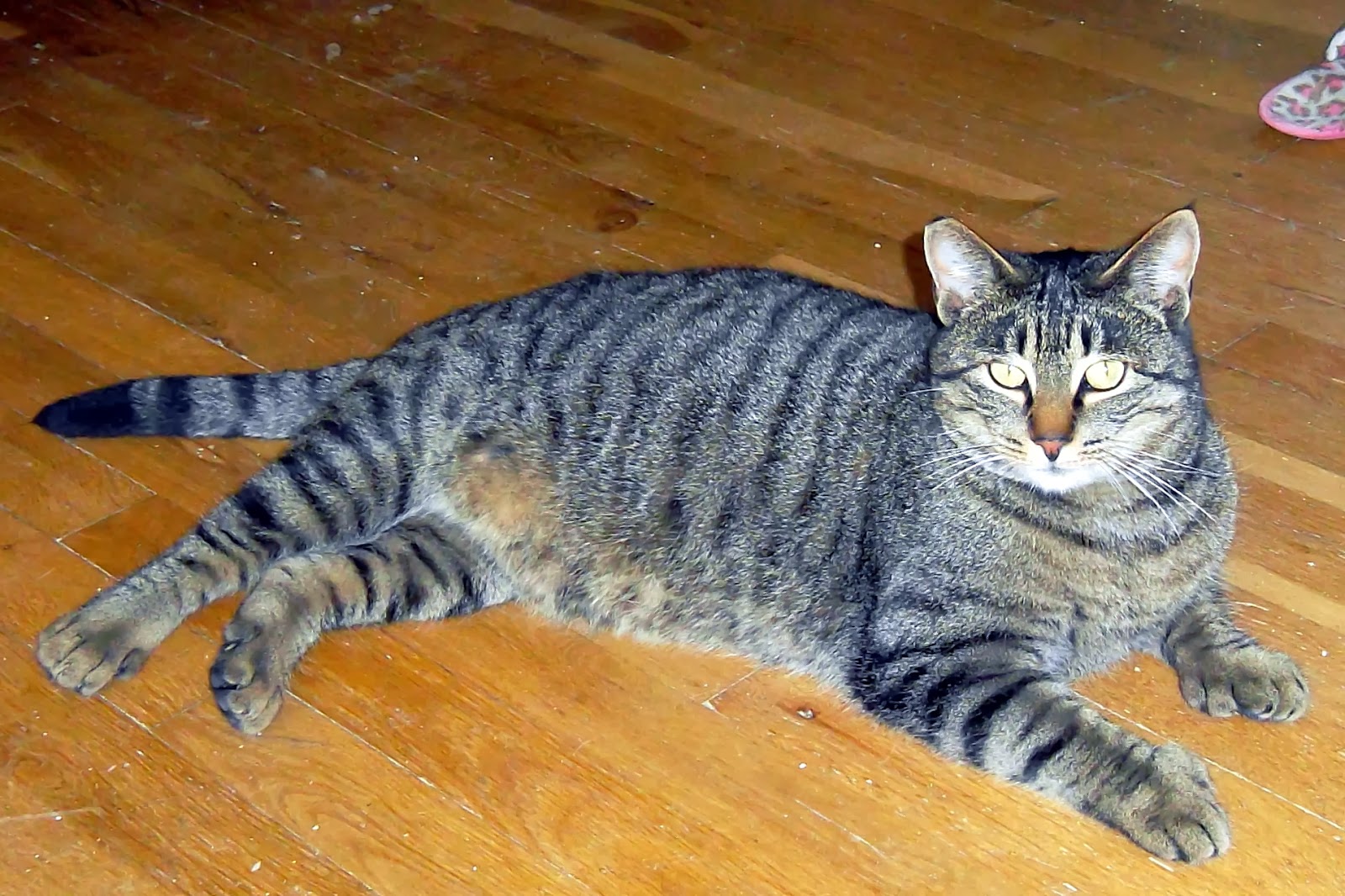 I'm glad, too, Auntie Rori!  Although, I had a lot of fun squishing the snow between my paws to make little snowballs on the deck earlier, and pounced around a lot, but that's before it got as deep as it is.  And as cold as it is!  I slept under the rose bushes for a while, but then I got too much snow on me, so I moved to sleep behind the spare tire that's leaning up against the wall.  That way, I didn't get too much snow on my fur.  I much prefer sleeping inside, though!

I've wanted to stay outside a lot of the time for two reasons, and both have to do with visitors!  There's an orange kitty that's been hanging around in my territory, and I've got to show him that he's trespassing!  Daddy saw him two nights ago, but the kitty didn't stay to be seen long.  Good!  This is my house and my yard.  Daddy says I need to share for a while until they can see if the kitty needs taking care of or if it has a home.  It can't have this home, though.

The other visitor is inside, and she's actually not a true visitor.  She's moved in.  Her name's Grandma.  I've made a meowing acquaintance with her through the back door, and seen her sometimes when I've been inside, but new humans really scare me.  I always ask my purrents for out when I see her.  She tries to not scare me, but it will be a while until I get used to her. 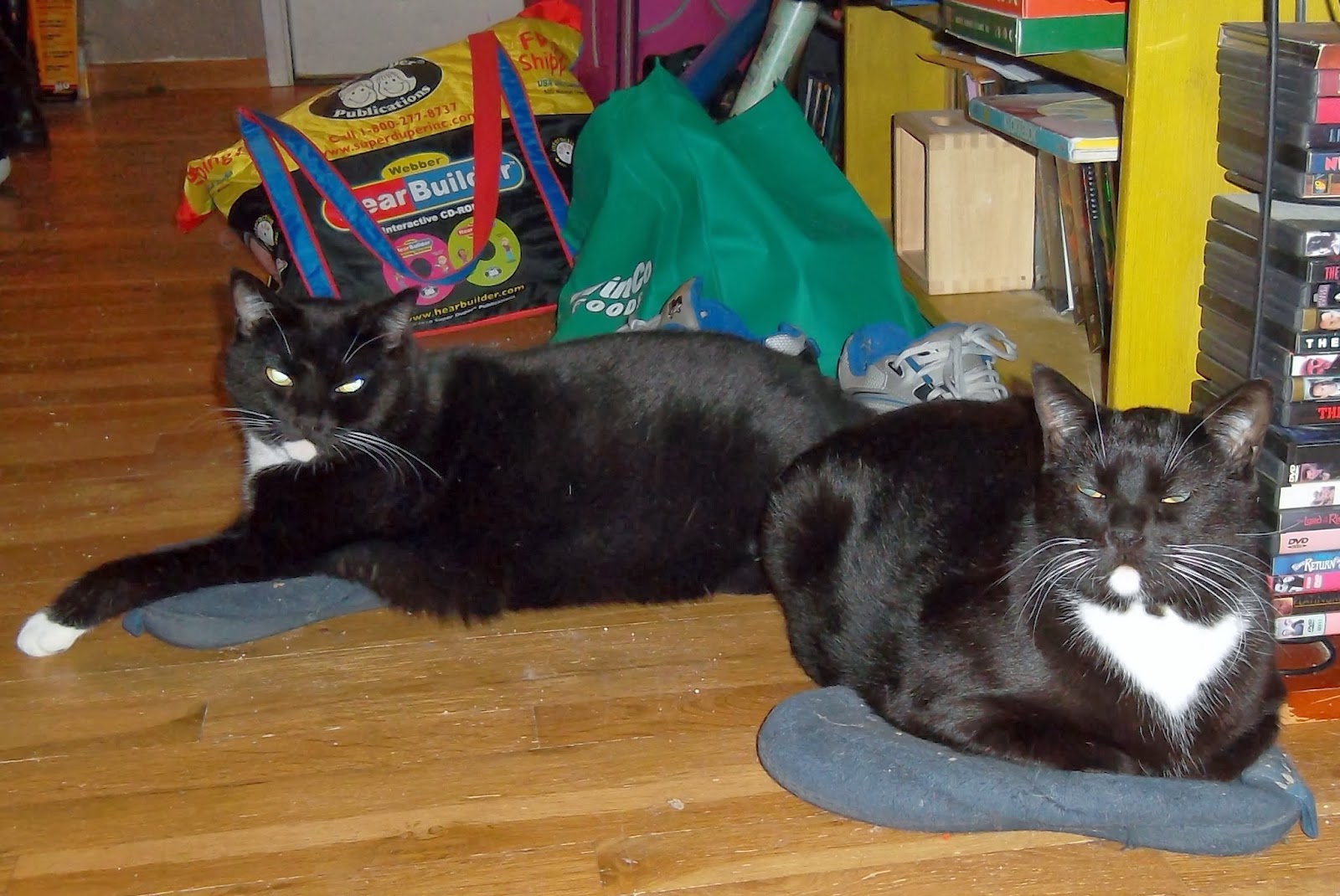 Oh, Tigress!  You don't need to worry about Grandma!  She's very nice and loves all of us.  She calls us her grandcats, which we are, and she makes stuff for us.  She gives us blankies she's made, and pets us with her feet (which I know you like).  She can't pet us with her hands right now because she's not feeling well, but she finds other ways to let us know she loves us.  She's moved into the room with the big bed, but Daddy sleeps on the couch and Mommy sleeps on the little bed, so you can still snuggle with them!  That's what the rest of us do.  We wish we were allowed in Grandma's room, but we can't be up on the bed or chairs or snuggle with her.  Even Carbon waits outside the room until he knows she's asleep before continuing with his evening!  Rori has let Grandma see her, and that's saying a lot!

We got a lot of snow too. We hope the kitty visitor has a home. And having Grandma there might be fun. She can give you more pets and scritches.

Good to hear you're inside away from all our snow. More is coming later today. Stay toasty and enjoy those grandma scritches! Purrs...

Tigress, I am very glad you decided to spend time inside - that is too much snow for a kitty! And even though you don't like him, I do hope that orange kitty has a warm place to go to.

Wow you got lots of snow. Hope all of you get used to Grandma soon, she sounds nice.

You don't need to worry about stray kitties either.. The mom and dad have enough resources for all of you.. promise.